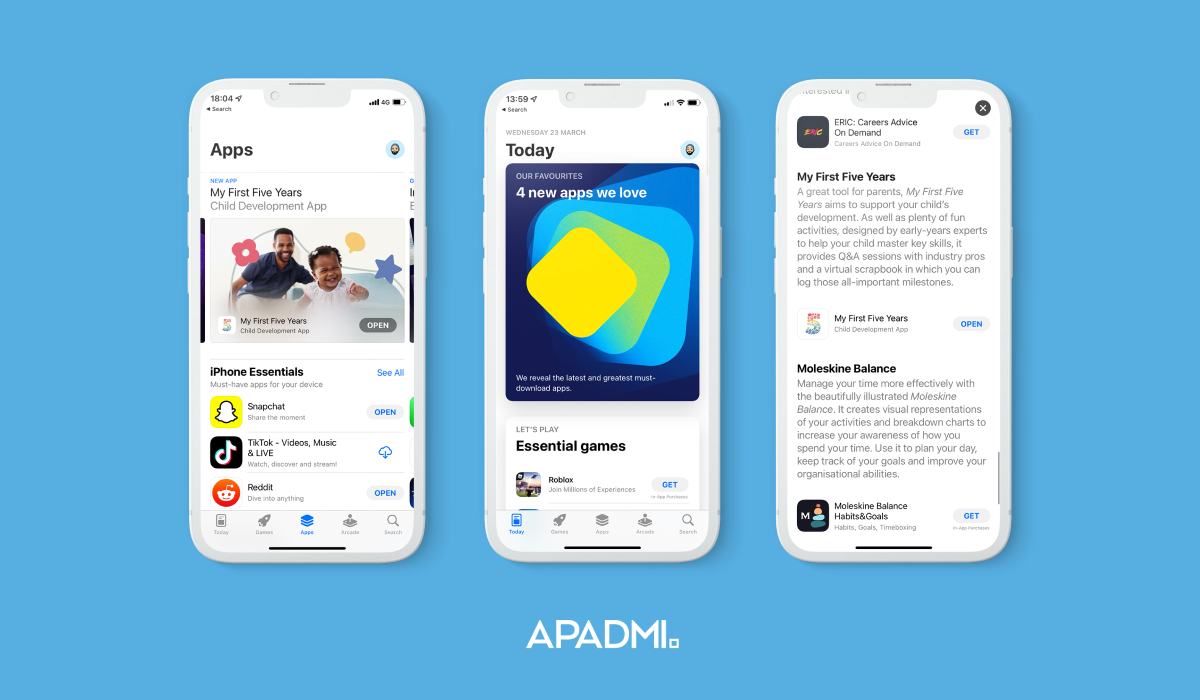 My First Five Years is on a mission to change the face of parenting, born from the expertise and passion of its co - founders, who have over 50 years of early childhood development between them.

They share the same goal, to deliver an engaging and intuitive experience for busy, time-poor parents and carers.

Apadmi worked in partnership with the Edtech start-up to create the My First Five Years app, taking it from initial concept to its full launch.

Due to the app's wealth of early years content and accessibility for all, it has been brilliantly received by carers and the industry alike.

Post launch Apadmi’s Product Marketing has been working with both My First Five Years and Apple to ensure the app gets in front of the right audience. As a result, the app has featured on the App Store’s New App This Week and again in an editorial story titled 4 new apps that we love.

In the article, Apple described MFFY as “one of their latest and greatest, must-download apps”, going on to say the app is ‘’a great tool for parents to support your child’s development’’. This coverage saw My First Five Years’ app downloads increase 27 times more than the rolling average and more than 52,000 impressions during this promotional period.

Want to get featured in the App Store? Speak to our Product Marketing Team

Back to Insights & Resources

Like everyone, we use cookies to give you the best experience and to keep things relevant. Rest assured, privacy is a big deal for us – by continuing to use our site you accept this is OK ( No thanks | See our full privacy policy here)